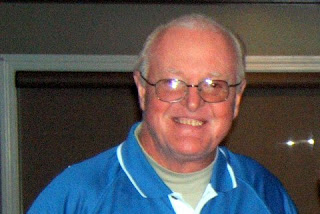 My first encounter with Jimmy, early in 1969, was at a fire in the once majestic Mohawk Hotel, which is in a neighborhood then called Clinton Hill. I was a probie, and we ran in with Rescue 2. It was a routine operation, as the squatters took over the premises, we were there often. On this occasion Jimmy approached me during our mop up and inquired with that bigger than life voice “Do I know you “ I turned the other way thinking he was addressing someone else.  “No you” he injected. Now this was an era where the senior men in my own company seldom talked to a “ bop”. For a senior guy in the prestigious Rescue 2 to interact with me, was confusing. The conversation was quick and cordial, with a hint of interrogation. It was however genuine, as it continued for years when our paths often crossed.

Many years later, as I joined the Dolce Duffers, a club that Nick Cestare described as a benign dictatorship, It was clear that Richie Dolce was in charge, Tom McGoldrick was the treasurer, and historian, Nick Ceatare and Rob  Reilly  provided a moral compass, and “The Duck” well, he was our ambassador. He talked to everyone, waiters, greens keepers, and bird watchers, anyone who caught his eye. He was then called “The Duck”. It took me a while before I realized that it was not because of people dodging his errant shots.

The Duck lead the club in fruit baskets for many years. Back then he faced the trials and tribulations of bad luck, and ill health causing him to miss long segments with the Duffers.

He would return as loud, and happy, and as gregarious as always. He would announce boldly that the Duck was back. Several members, given his level of play, reminded Jimmy that his returning to form was not a long journey. He took bets from all comers that he’d hit the fairway on the first hole. On one occasion he came in at eight under and started buying drinks in a premature celebration of his victory. He finished tied for third. We were to a man always well beyond mere happy to see him return.

Jimmy was a caring, gentle giant, who loved his family, his job, his friends, and life itself. Over the last few months, during all his suffering, he called me incessantly, worried about my wife’s relapse. He would apologize for forgetting her name. I know he had God’s ear, so I assured him not to worry, that God knew her name.

I read some where, that the irony of faith, is that one enters the world crying, while a crowd of smiling loved ones, are cheering, and when one leaves, it is they who  are smiling, while that crowd is crying . This was, and is, a sure sign of a life well lived.

From that first meeting until his last day, he had that genuine interest in people. While others might collect stamps or coins, he collected friends He was always an honest “what you see is what you get” kind of guy. If any found his wandering off with strangers odd, or even rude, I would take pause. Although not privy to those conversations, I know he was probably telling them how great all of us were. It is an under statement to say he will be missed.